The mission was crystal clear; to recruit a dozen trainees, over six Nordic and Baltic countries. All under the theme “DareTrainee 2017”.

For the second consecutive year, we at B&P had the pleasure to deliver a digital campaign – Facebook being the prioritized media channel. We gave the message its wings by specially designed films, supported by digital ads. As a special feature we gave the campaign real faces, using the former year’s DareTrainees. And if you look closely, you will see that each face is composed from reused photos from pictures of various Telia employees.

In collaboration with our friends at Little Shop of Digital, we optimized the campaign all the way through to the application period ended. The campaign was so successful that Telia Company reached a total of 160,000 people and the recruitment truly was fulfilled in the best way possible. 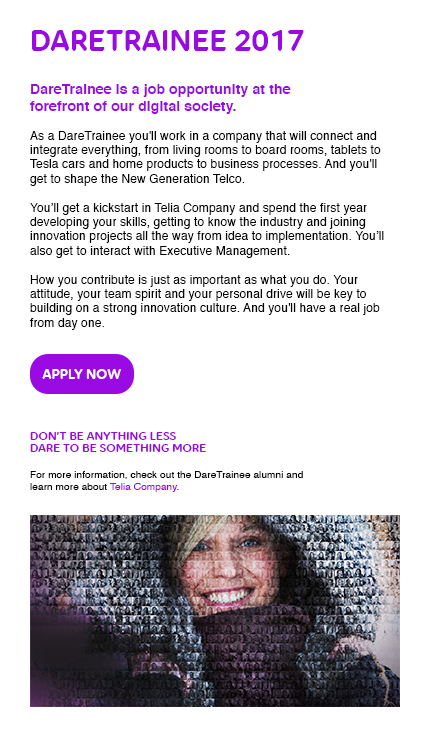 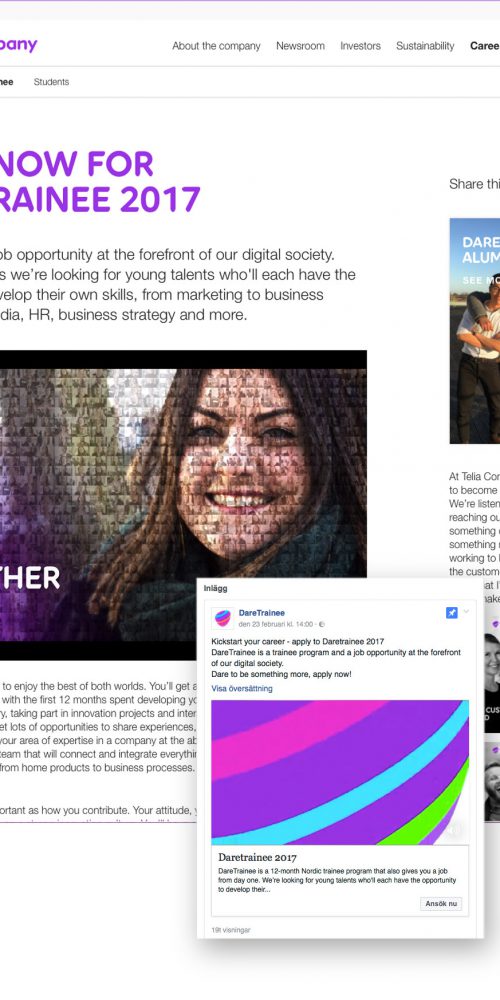 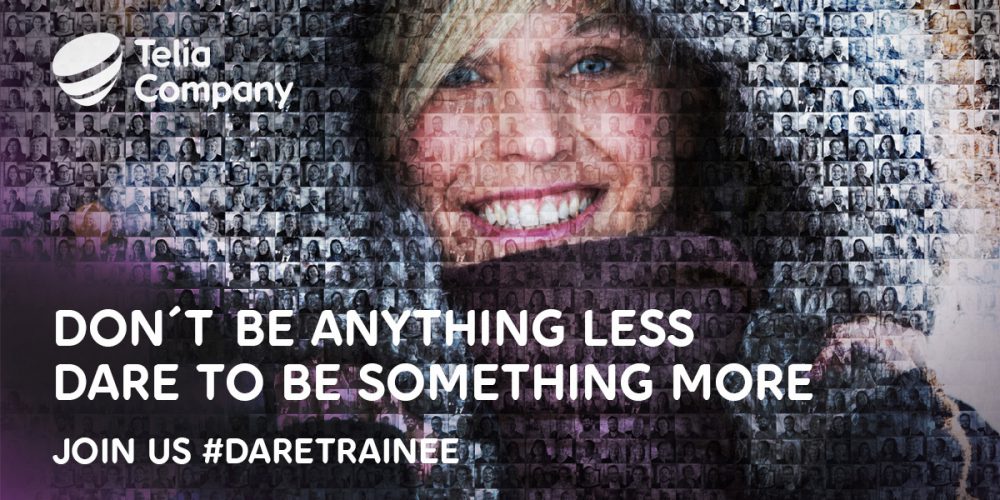 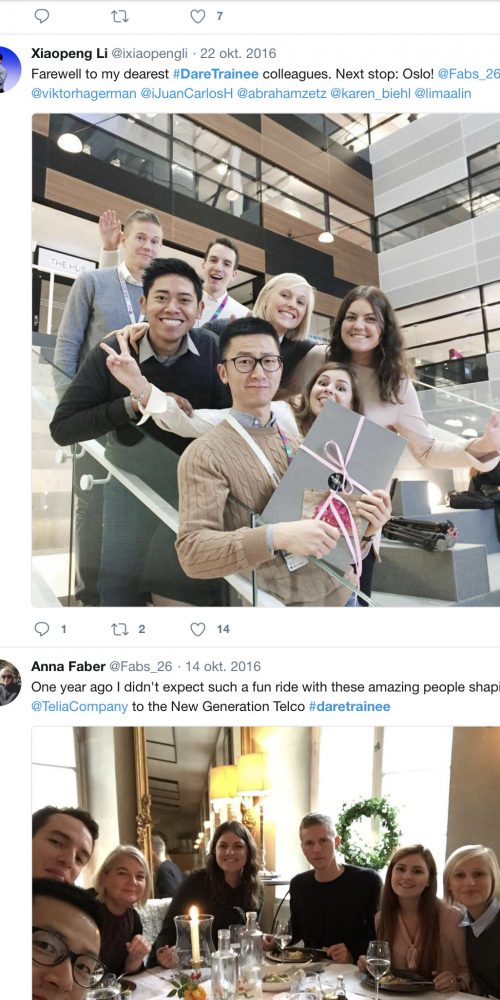 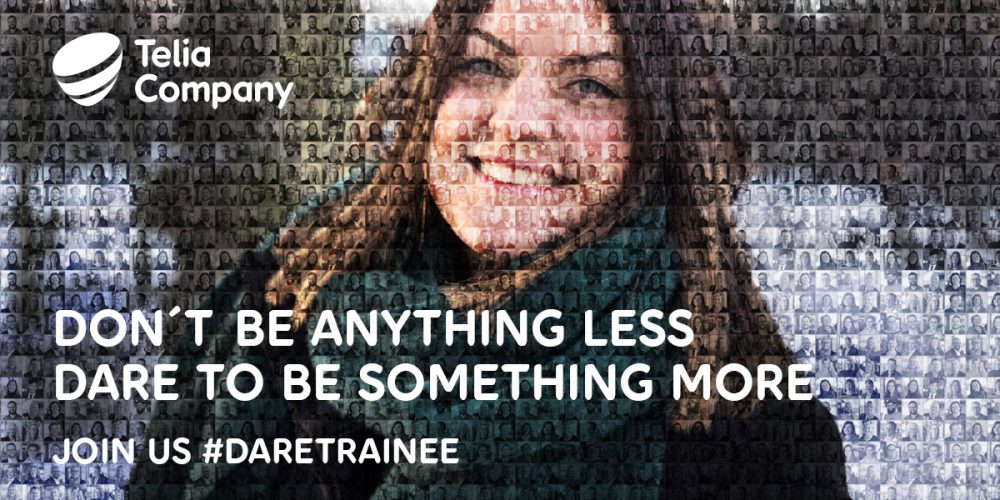 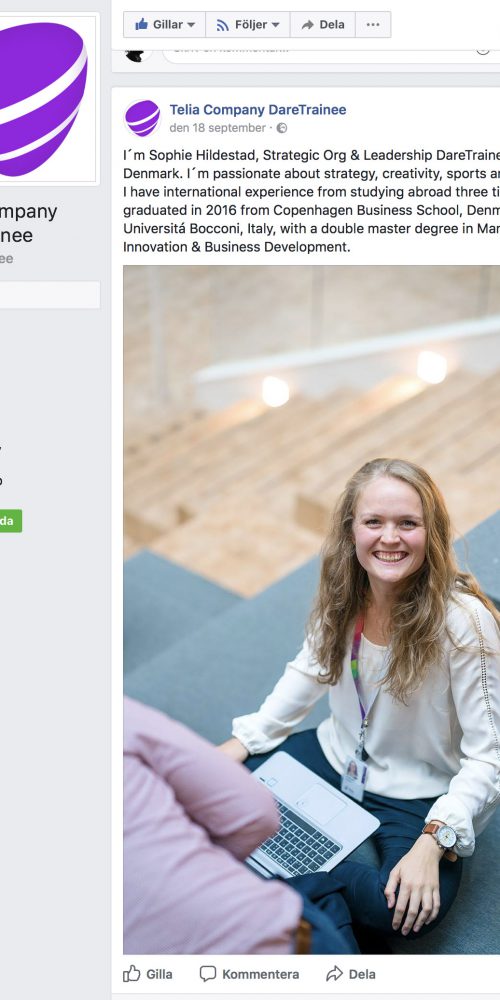 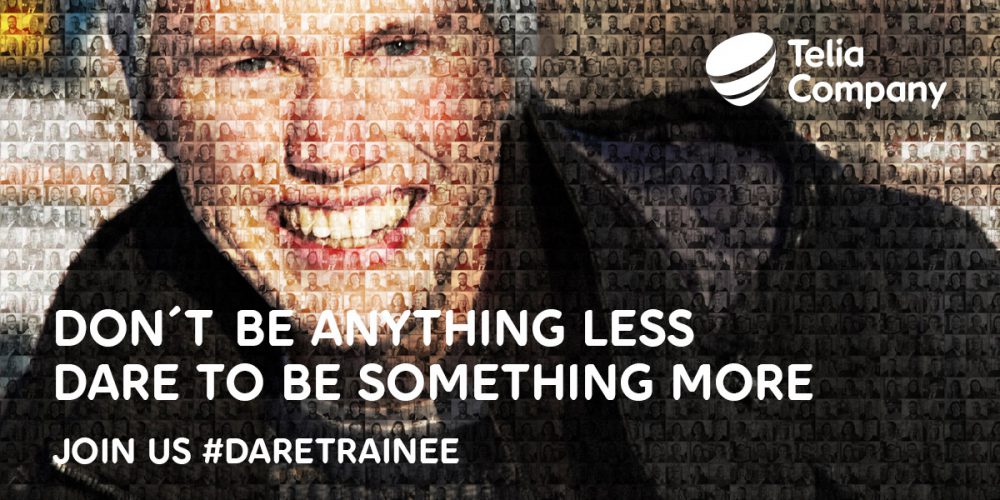 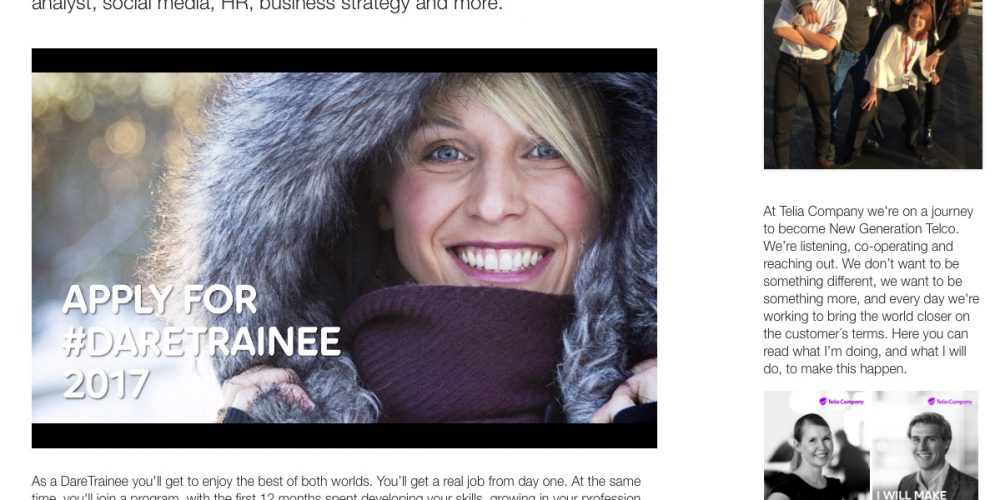 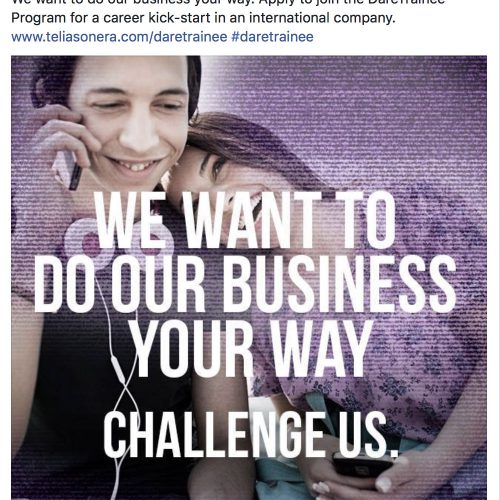